Guangzhou(December 6, 2017)---As the high-end brand of Linglong Tire, ATLAS TIRES’ first domestic brand shop was officially and successfully opened in Guangzhou, Guangdong Province, which demonstrates that the sales network optimization and brand promotion of ATLAS has reached a new high. The distributors of ATLAS across the country and the related company leaders attended the opening ceremony and witnessed this great moment.

In 2009, Linlong Tire made ATLAS become its tire brand and began to rebuild this brand, aiming at bringing the world-class quality of ATLAS to domestic market and building a high-end tire brand market for Chinese market. After several years’ development and testing, ATLAS tire made its appearance in Chinese market officially on April 22, 2017, starting its new journey in China.

The newly opened brand shop in Guangzhou has VIP Green Channel and professional maintainence station, which could reach the highest industry standards in terms of store design, hardware facility, product and service, scale and professionalization. Meanwhile, the operation of ATLAS brand shop could build a connection between customers and distributors, between distributors and manufacturer, promoting ATLAS brand to step towards a high level goal. 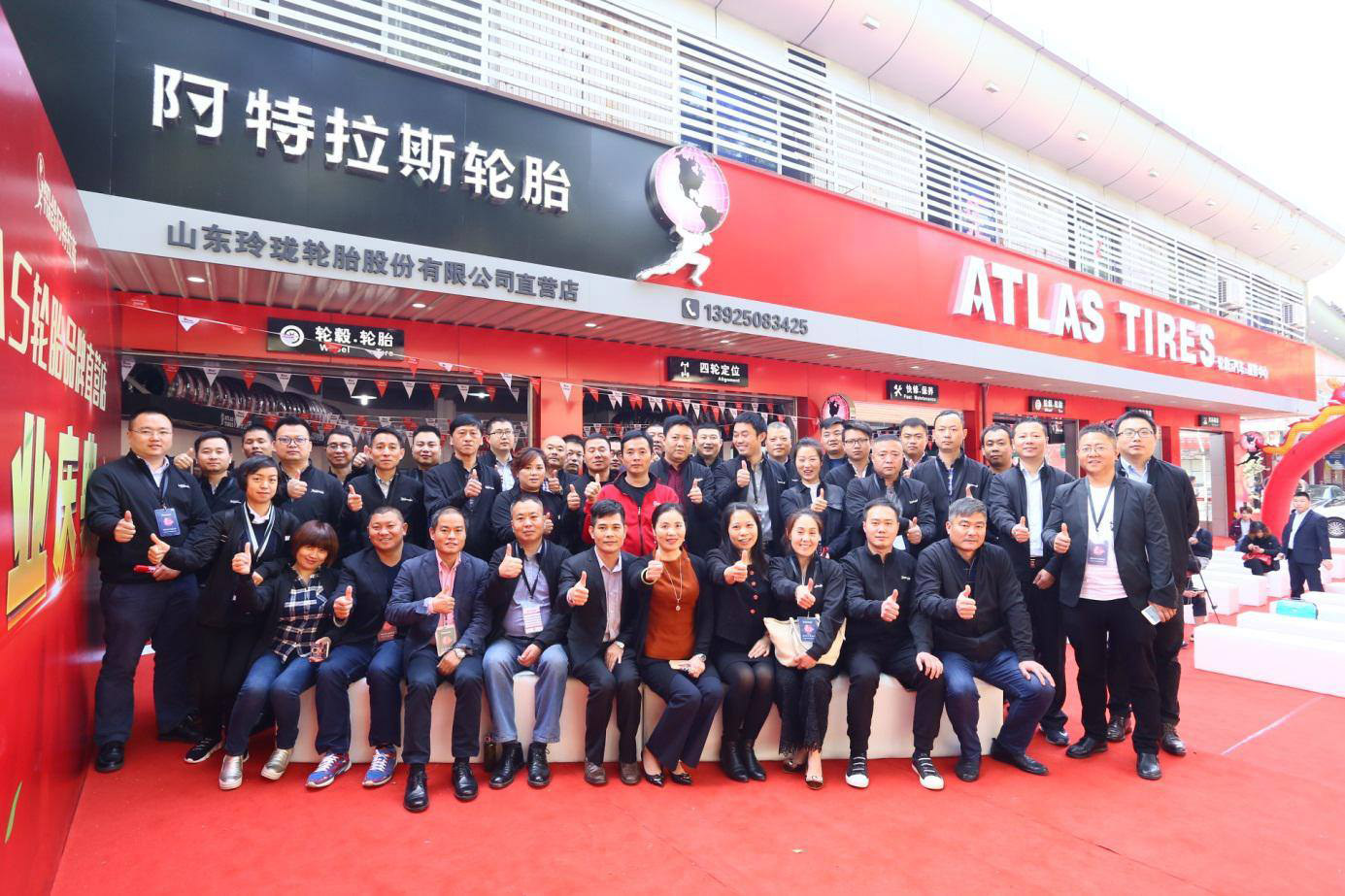